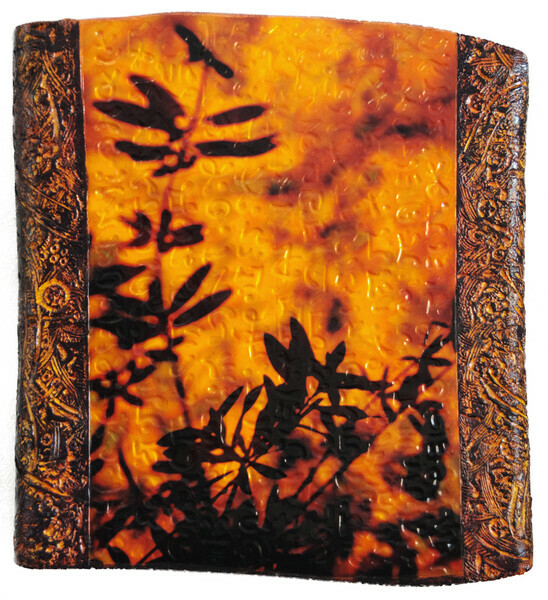 As an artist, two aspects of the Creative Word of God have always intrigued me. First, that the Creative Word brought all of creation into being and remains the underlying animating force that sustains, renews and governs all that was, is or will ever be. Second, whether through successive Manifestations of God progressively revealing His Teachings across the ages, countless gifted souls sharing their experience of the transcendent, or the efforts of each person striving to make choices that express the divine in everyday life, our understanding of the Creative Word is being continuously transformed.

The artifacts of human history document the efforts of embodied souls using objects, images, symbols, language and actions to bring us closer to understanding and experiencing the transcendent. I use seemingly indecipherable symbols and marks that have a rather personal intuitive meaning or expression to represent the Creative Word. I have used these symbols and marks to create ceremonial clay sculptural objects that could have been artifacts unearthed from some lost civilization. Though the symbols and scripts may no longer be understood, their use convey a story of the connection between those people and the transcendent. 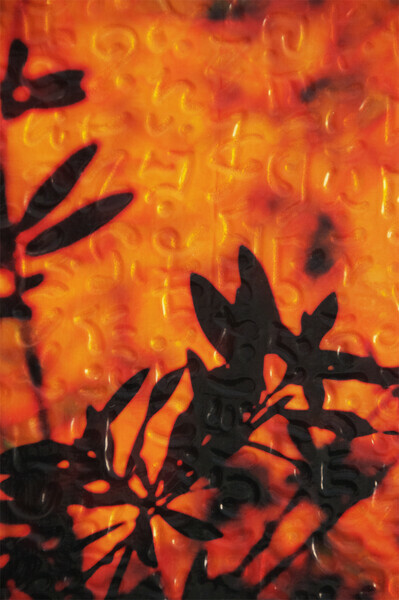 This interest in clay ceremonial artifacts evolved into the current Clay Tablet Series. The clay tablet is more of a clay-wrap than a flat tablet. A thin clay slab is manipulated, folded in on itself, fired, readied for surface treatments and ultimately hung directly on a wall. It merges my interest in carving, marking and manipulating clay with printing on acrylic gels to transfer on to 3D objects. "Creative Word #4" also explores my interest in shadows as a metaphor. The significance of shadows for me will be discussed in more detail in a subsequent blog in relation to another work.

In this particular work, the left and right edges of the clay tablet have a complex texture made by impressing natural objects on wet clay. This seemingly chaotic surface is intended to convey the complex surface appearance in nature that often conceals the hidden structure underlying nature.

Behind the shadow image are indecipherable symbols impressed into clay that represent the hidden Creative Word which is both the animating force and underlying structure of the physical world. In this sense, the Names of God are embodied in His creation. The symbols are barely visible when viewed straight on but become more apparent when viewing the work obliquely suggesting that an inner spiritual vision is needed to pierce the veils and see the true nature of the world around us. The shadow image is a pigment print on gel which is laminated onto clay using a gel medium.